One of the most unexpected news of the past week perhaps was resignation of the Minister of Justice Artak Zeynalyan, about which he made a statement on June 7. Lilit Makunts, head of the “My Step” faction of the National Assembly, informed the reporters that the faction had some dissatisfaction about his work and it was discussed at the faction’s sitting, but there was no call for resignation.

On the same day, Gevorg Danielyan, member of the Supreme Judicial Council (SJC), acting president, also presented his resignation letter. President of the National Assembly Ararat Mirzoyan responded to the news saying that they have a candidate for the vacant seat of SJC, who is Grigor Bekmezyan. The latter is a civil law expert and presents the interests of former CSTO Secretary General Yuri Khachaturov within the framework of the case of “March 1” events.

This is already the third resignation after the Prime Minister’s announcement on the launch of judicial reforms. Two weeks ago, SJC president Gagik Harutyunyan resigned.

The National Assembly adopted the package of setting duties for cement

On June 3, the National Assembly (NA) fully adopted the draft package about setting duty on the imported cement. According to the Law, 14.000 drams state duty will be set on the imported cement from Iran. On the day of voting, a group of builders gathered in front of the National Assembly demanding a full study of the issue and discussion with all the interested parties.

NA also adopted the bill to support the injured of “March 1” events. According to the data of the Investigative Service, on March 1-2, 2008, 63 citizens got severe and moderate injuries. Those under prosecution and the police officers whose criminal cases are still under investigation will get no assistance.

This week the bill on flat-scale of taxation was adopted at first reading.

The First Session with Optimized Staff of the Government

This week the Government held the first session with new staff. Since June 1, 12 ministries have been operating in Armenia.

This week, the cabinet meeting decided to set up 5 pedagogical – psychological centers within the framework of the project aimed at strengthening the inclusive education system in Armenia and adapt infrastructures of 100 public schools. During this year it is envisaged to renovate 9 educational institutions and 1 regional pedagogical – psychological center within the framework of 56 mln drams. For the implementation of the project, USAID will allocate US$ 825.000, and the Ministry of Education, Science, Culture and Sport, which will implement the project, will allocate US$ 82.500.

Numerous cases of illegal lumberings in the territory of “Dilijan National Park” during 2016 – 2018 were revealed, and criminal cases launched. 20 officials with the authority on the protection of the forest funds, have been charged with corruption abuses. The damage caused to the state budget is estimated about 1.6 bln drams. 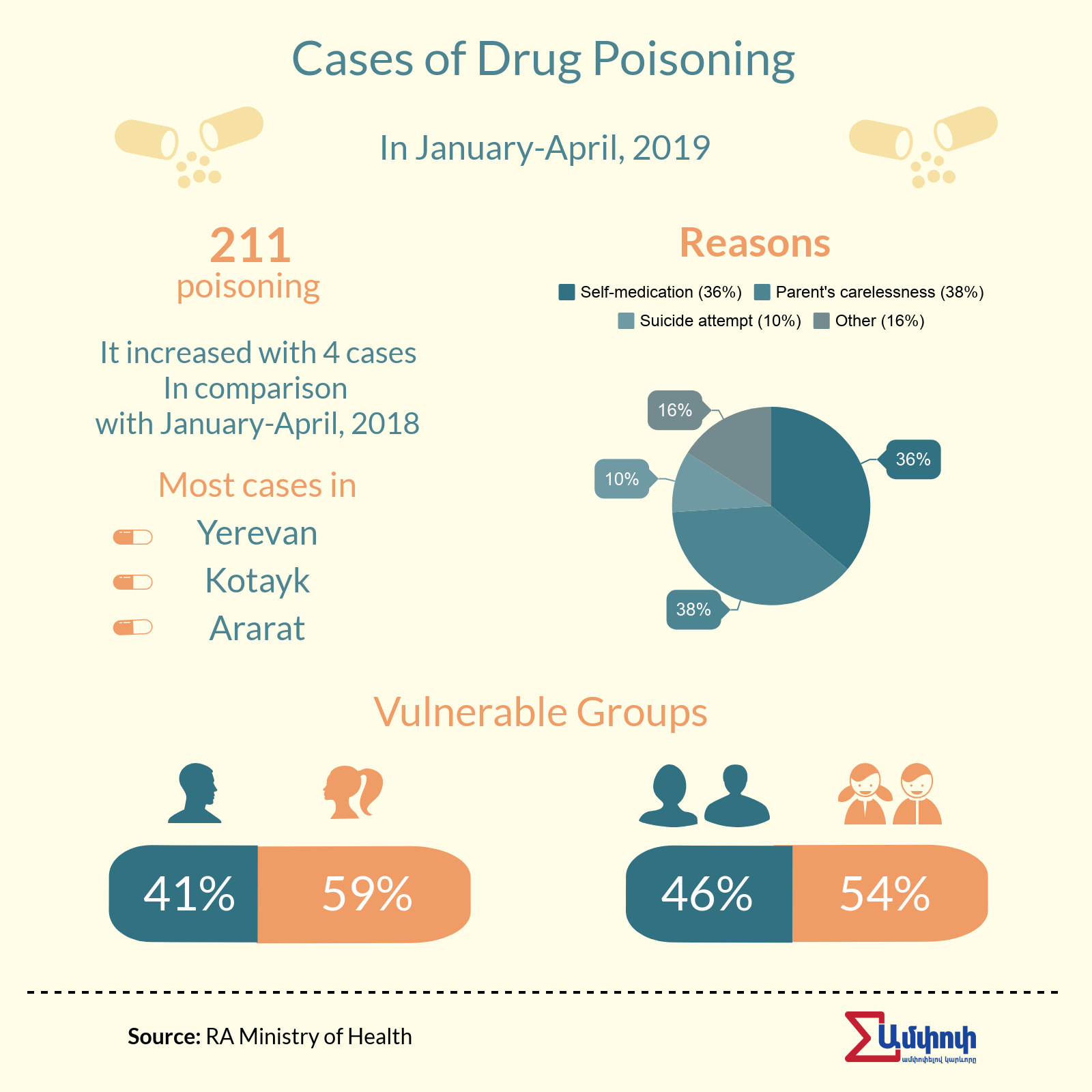 In all the regions of the Republic assistance centers will be set up for the victims of domestic violence in 2020, whose activities will be carried out by non-governmental organizations (NGO). The state will support creating 2 shelters for the victims of domestic violence. This is stated in the trilateral memorandum signed on June 7 by the RA Ministry of Labor and Social Affairs, the “Hayastan” All-Armenian Fund and the “Women’s Support Center” NGO.

May 25-31. A Number of Protests and Blocked Roads
June 8-14. From Glendale -To Work in Armenian Government