On May 29, employees of bookmaking offices blocked Baghramyan avenue. The demonstrators protested against making amendments to the bill “On lotteries.” According to the bill, the number of bookmaking offices will reduce-leaving only two in Yerevan and one in each of Tsaghkadzor, Sevan, Jermuk, Meghri. The draft will come into force from November 2020. Employees say that the problem of gambling will be not solved by closing of bookies, whereas they provide jobs.

Employees of “Sasstex” LLC complained of working conditions and the probability of losing their job. According to them, head of the plant threatened to dismiss those employees who complained of working conditions and salary delay. Employees state that their salary is AMD 55.000 according to the contract, but they get less. The Human Rights Defender also interfered in the case. The latter is going to take appropriate actions within the limits of his competence. 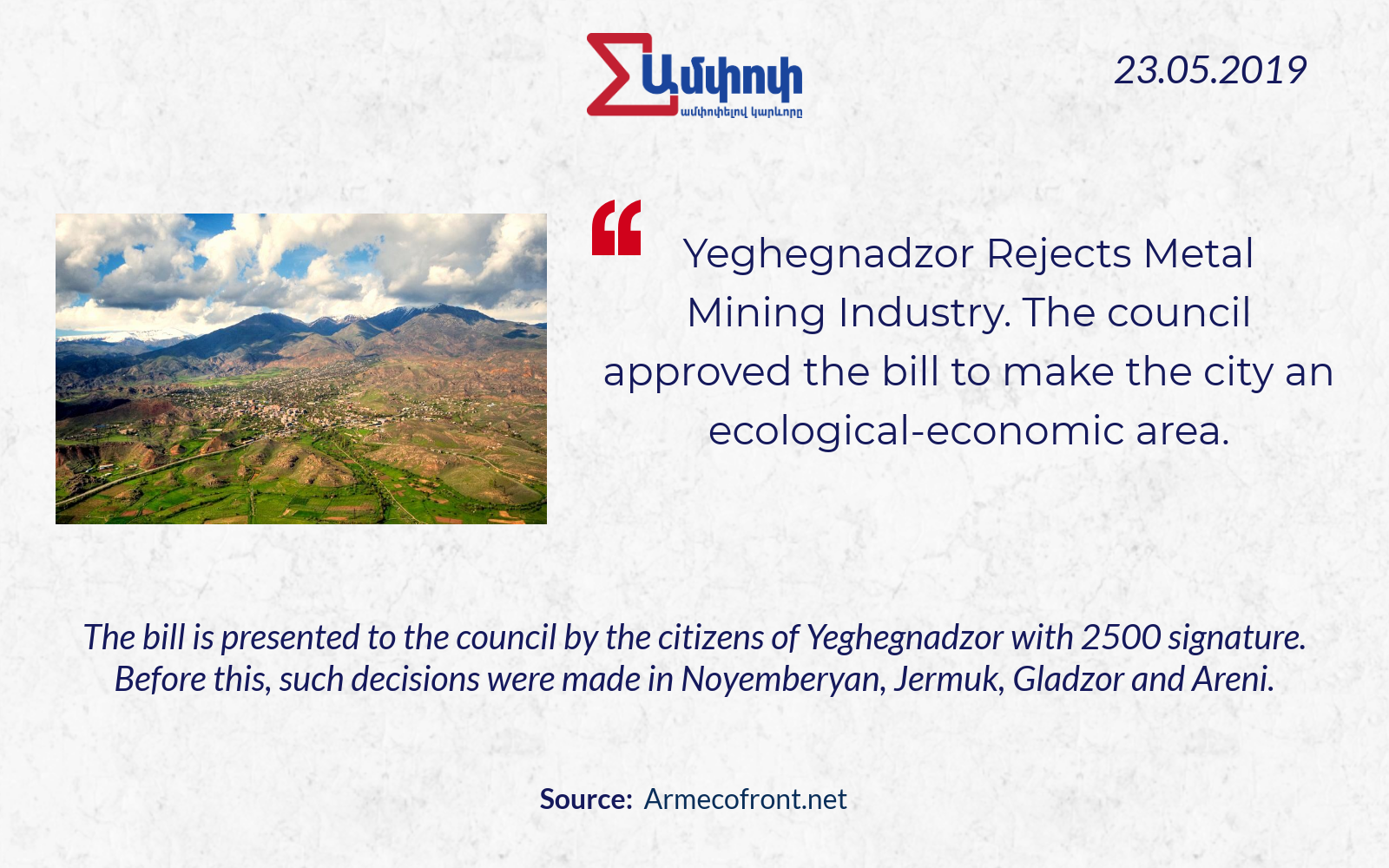 Vetting as “Dignity disgrace” of Judges

On May 27, the extraordinary session of judges was held. At the end of the session the participating 165 judges announced they are all for the reveal of the information about their property and financial means in case it is defined by law and does not discredit the dignity and good reputation of judges.

At Cabinet meeting of May 30, Prime Minister (PM) Nikol Pashinyan refered to economic indicators of the Republic of Armenia. He noted that according to the data of the first four months of this year, the gross domestic product has a 7.1% increase. The volume of industrial production increased by 13.2%. The volume of services rose by 16.2%.

The PM expressed his satisfaction that export volumes has increased by 9.9% in April, 2019 in comparison with April of last year.

According to the Statistical Committee, during the first four months of 2019-from January to April, there is a decrease of foreign trade turnover by 4.2%, in particular, export decreased by 8.6% as compared to the same period of the previous year.

The National Assembly approved several bills discussed during the last sessions. The law adopted in the first reading envisages to increase the age limit of contract military service from 36 to 40. The term of ″I Have the Honor″ program will become two instead of three years.

The Work with Public Relations Specialists Goes on
June 1-7. Resignation of the Minister of Justice of Armenia