As of August 1, about 6% or 2290 of those diagnosed with COVID-19 in Armenia were medical workers.

Some of the medical workers learned they had gone through COVID-19 months after recovering. They might not have known about that if they had not undergone a serological blood test.

The only reliable way to determine the prevalence of infection among medical workers in Armenia had been PCR testing before COVID-19 antibody testing was performed.

This study, conducted jointly by the Ministry of Health and AUA Turpanjian School of Public Health, revealed a different picture. 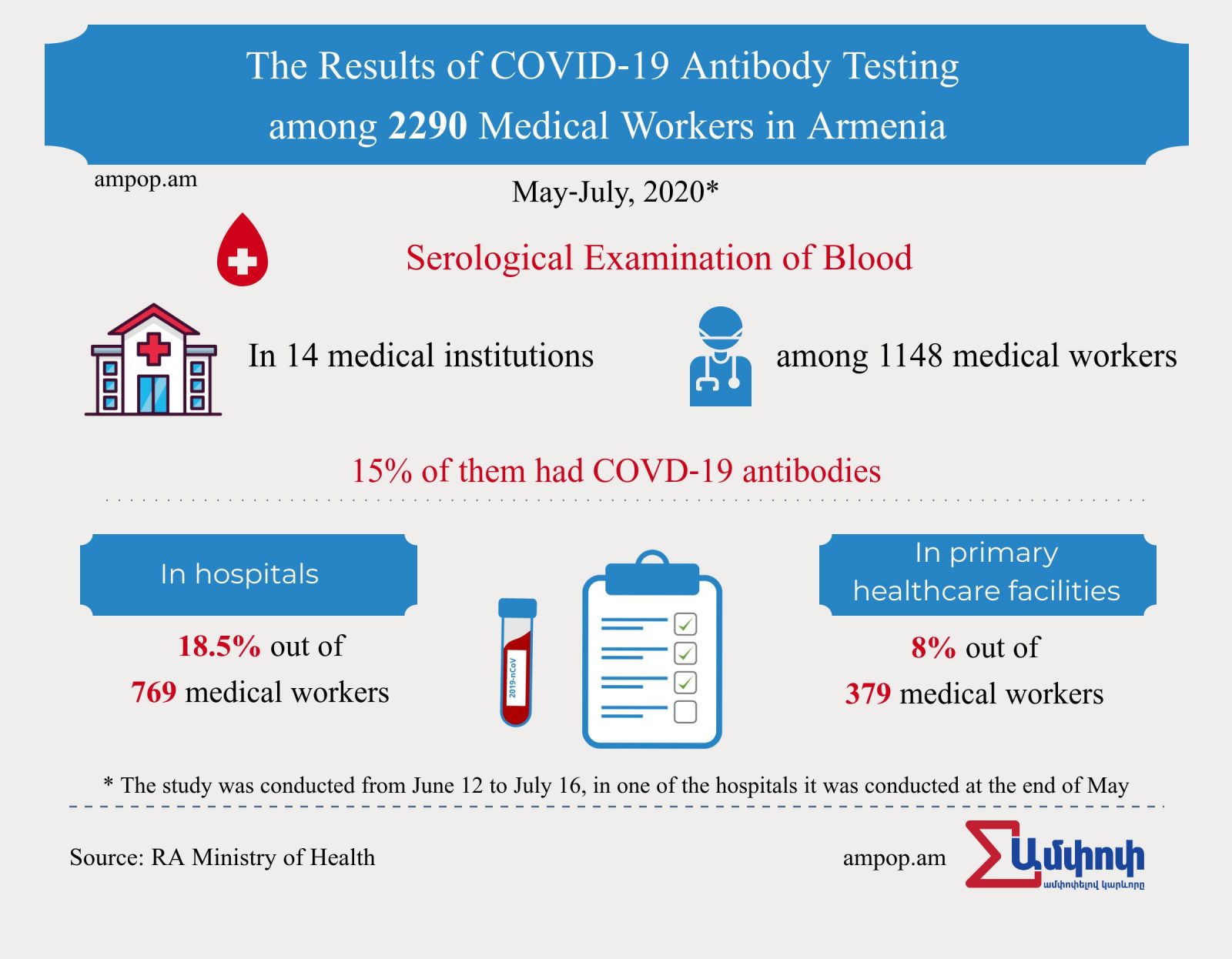 “If the results of the PCR test showed that [ed. as of July], 3.3% of medical workers on the frontline were exposed to the infection, the COVID-19 antibodies testing showed that about 15% of them were infected,” Serine Sahakyan, research program coordinator, researcher told Ampop Media.

According to her, this testing made it possible to understand the real picture of the prevalence of infection among frontline workers, as the participants were selected regardless of whether COVID-19 was ever diagnosed or not, whether they had symptoms or not.

The Target Group Includes those on the Frontline

In order for the study to reflect the true picture of the infection as much as possible, the 10 largest dealing with COVID-19 patients in Yerevan and 4 hospitals were selected in advance, 3 in the capital and 1 in the province. All medical, administrative and service staff from hospitals and all therapists, nurses and radiologists from primary healthcare facilities were invited to participate in testing.

The COVID-19 antibody test had two components: a serological blood test and surveys.
According to the survey conducted among 800 medical workers in a month, most of them became infected at the healthcare facility, either from patients or colleagues.

The Number of Antibodies and the Duration of Life Remain Unknown

The other component of the study was a serological blood test conducted at the Republican Center for AIDS Prevention, as a result of which COVID-19 antibodies were found among nearly 15% of medical workers.

More than two-thirds of medical workers, who had previously been diagnosed with COVID-19 and had recovered, had antibodies. Project Coordinator Serine Sahakyan does not rule out that the remaining 23% may have had antibodies during the active phase of the disease or immediately after recovery but they are so few that they have not been detected.

That fact did not surprise the study group. When launching the study, Varduhi Petrosyan, Dean of the Turpanjian School of Public Health, told Ampop Media that antibodies were possible not to be found in cases of some patients with confirmed COVID-19.

“When there are antibodies, it means that there was a reaction of the immune system but we cannot say how long those antibodies will be active. In other words, we do not know whether those people have developed immunity or not, or for how long. Therefore, being infected with COVID-19 is not a reason not to be protected. We must always take preventive measures.”

According to Petrosyan, the antibodies emerge 6-7 days after being exposed to the virus. They can reach the maximum amount on the 12th-17th days, and it will become possible to determine their presence in the blood.

Studies in other countries show that on average, about 10% of patients have no antibodies.

Serine Sahakyan considers it logical. She says that at the beginning of the spread of the infection, the medical staff did not have the experience to wear personal protective equipment correctly and quickly. According to her, the infection control measures have been effective, which is evidenced by the statistics, the gradual decrease in the number of infected people.

As a result of the study, an interesting fact was also recorded. More symptoms typical of COVID-19, such as sore throat, shortness of breath, fever, cough, and loss of taste and smell, were noticed among the medical workers with antibodies.

The degree of accuracy of the tests is primary in obtaining the real picture of the spread of the infection among the medical staff. According to Varduhi Petrosyan, as a result of long discussions, tests with 100% sensitivity and 99.8% specificity were selected. This means that only two out of 1000 medical workers sampled will show a wrong result, that is, if there is no antibody, it will show a false positive.

The School of Public Health of the American University of Armenia is collaborating with the WHO to conduct a similar study among the population. According to Serine Sahakyan, the study project is already ready; in case of funding, the project will launch in autumn. 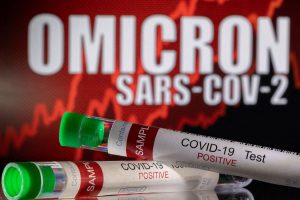 Spread of Omicron Leads to a Decline in Delta: The Fifth Wave of COVID-19 in Armenia

Chronic Diseases in Armenia and the Need for Health System Reforms
Spread of Omicron Leads to a Decline in Delta: The Fifth Wave of COVID-19 in Armenia