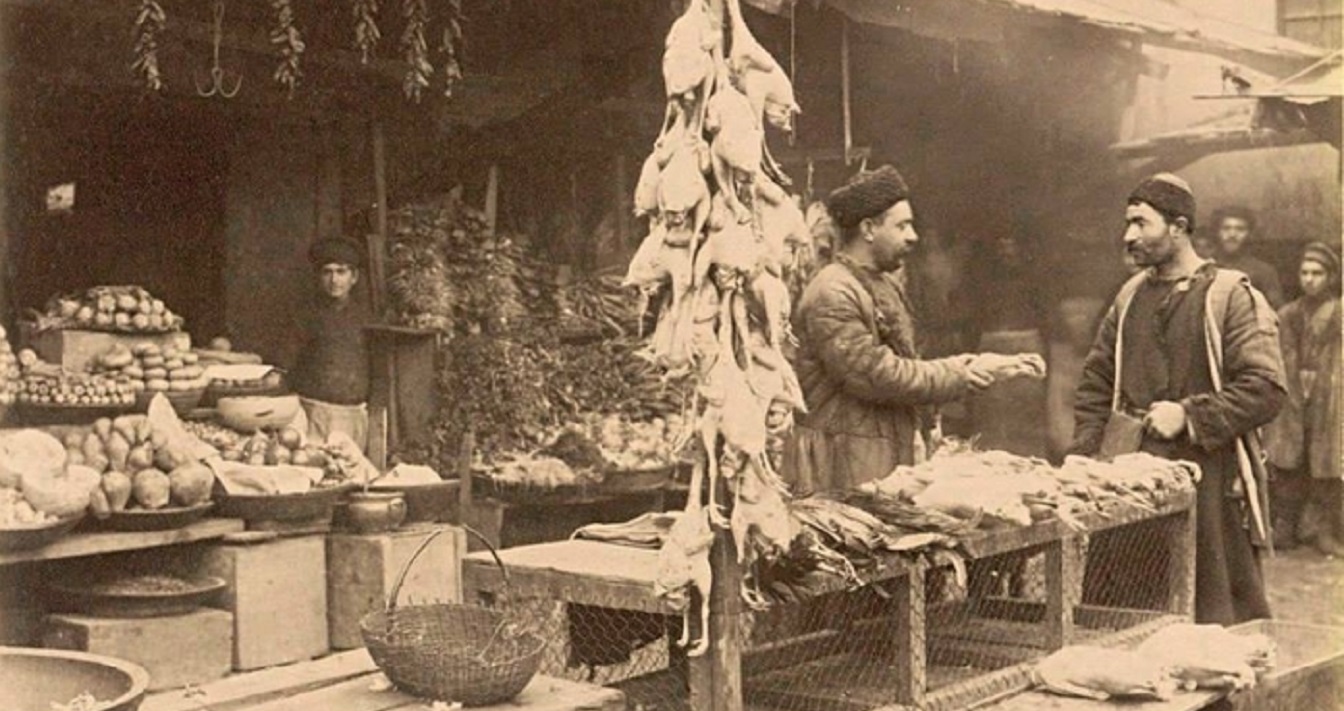 The cholera outbreak occurred in some countries in Asia and Africa in 1881, started to spread to the northwest for ten years. By 1892, cholera was widespread in Iran, the South Caucasus, Russia, and later in Germany and France.

Interesting information and detailed descriptions on the spread of cholera in 1892 are available in the writings of the Armenian intellectuals of the late 19th century. They refer not only to the region of present-day Armenia but also to the cities and settlements where there were large and active Armenian communities (in Georgia, Iran, in the territory of present-day Azerbaijan, in Russia).

“Ampop Media” studied the archival materials authored by Armenian figures of that period, trying to restore the picture of the events with the testimonies of eyewitnesses. The most striking ones are presented below.

On the front page of the Armenian-language Mshak newspaper issued on the June 6, 1892, (1872-1921) in Tiflis, there was concern that cholera was on the rise in various parts of Persia, while the authorities were not taking any measures.

The editor of Mshak expresses concern that it will not be possible to fight the pandemic in the poor country with inadequate health care system like in Persia, and the number of victims will be very high, so the only solution is to reduce contacts as soon as possible. 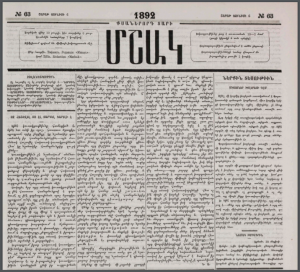 “When cholera has already spread in a town or a village, the most important thing to do is to make sure that at least the neighboring village or town is not infected. That is why it is necessary to take administrative measures and stop the communications. And neither the villagers nor the citizens can do that, only the government itself can.”

The picture is more complete and hopeless in non-public correspondence. It is obvious from the correspondence and memoirs of the Armenian contemporaries that the panic was spreading as fast as the cholera itself, and the measures taken by the authorities seemed insufficient.

On June 20 of the same year, Armenian prose writer Nar-Dos wrote in one of his letters that cholera claimed the lives of hundreds of people in Baku, and whoever had a chance fled, taking the infection with him to new places. “Cholera came to Baku, started a massacre, and everyone started fleeing there, and for more than two weeks there was no quarantine anywhere on the entire Transcaucasian railway. We still receive dozens of letters from Baku every day without any disinfection.”

Nar-Dos is not without reason to believe that the infection will soon spread throughout the Caucasus and Russia as well, as cholera is already “reaping” in Karabakh and Tiflis, people freely leave centers of pandemic for other settlements. Ships freely transport people from Persia to Russia despite the adverse situation in Persia for more than a month. Nar-Dos writes to his friend, literary critic Minas Berberyan as a conclusion. “I do not recommend coming to Tiflis at all. Many like me and I will be enough to be slaughtered. You are overmuch.”

On June 29 of the same year, poet, publicist Hovhannes Tumanyan (one of the most prominent figures in Armenian literature) wrote in one of his letters: “Cholera threatens. We are thinking of escaping from inevitable death.

… And it is possible that we will spend a couple of months in Lori, far from ordinary cholera and the living cholera which no disinfection can eliminate.” [edt. Hovhannes Tumanyan, Full Collection of Works, Vol. 9, Yerevan, 1997].

Tumanyan’s wife was pregnant at that time, and his mood was tense especially because of that.

On July 18, Tumanyan addressed another sorrowful letter to economist Avetik Araskhanyan. “On the 15th we left Tiflis for Lori but it turned out that we escaped from trouble and got into another one.”

It is clear from the letter that cholera was everywhere. In the “dirty” Turkish-populated villages of Borchalu province in Tiflis, people were dying every day, while the relevant authorities were not even informed about the infection.

The infection also spread to German-populated communities, from where Germans fled to Tiflis. According to Tumanyan, cholera deaths in Lori were reported in Jalaloghli (now Stepanavan), Vorontsovka (Tashir) and Chochkan.

“Of course, aid will be delayed, the epidemic will be severe. We are still in Shulaver, and are still thinking… If I get rid of cholera, I will sacrifice a few verses.”

It is interesting that Tumanyan also mentioned about the disinfection of the letters, as well as the practice of disinfection in general but it is not known what it was actually.

However, when studying the information on the organization of disinfection of public places in the late 19th century, it became clear that the main means of disinfection was the solution of carbolic acid [ed. better known today as phenol]. It remained the most reliable way to fight cholera during the 6th wave of the pandemic in 1899-1923. However, phenol is a toxic substance that penetrates the body both through the skin and through the respiratory tract.

In 1892, the St. Petersburg Institute of Experimental Medicine offered several recipes as the main disinfectant. The most common was a solution of carbolic acid and soap, which was used hot. It was also recommended to use a 1% solution of chlorine, a 6% solution of sulfuric acid and carbolic acid or mercury chloride to disinfect different places. However, after disinfecting with mercury chloride, it was necessary to wash with soda water to avoid poisoning. All of these remedies are toxic and dangerous to human health, so in nowadays world it is strongly recommended not to use such homemade solutions.

Perhaps that was one of the reasons why the rural population, in particular, did not have much faith in medicine.

In parallel with the worsening of the situation, Mshak newspaper provided very detailed information in almost every issue, not only about the means of protection against cholera but also about the deplorable situation in the villages, the statistics of the infected and the dead. It is clear from these reports that the villagers often refused to medical assistance, not trusting the medicines offered by them, believing that cholera was a divine punishment, so science is powerless there.

During the period of the 5th cholera pandemic, skeptical attitude towards doctors became more dangerous in Russia.
Protests were held against the doctors, as part of the population was convinced that the doctors were poisoning people or burying them alive, fulfilling the government’s order to solve the problem of hunger. More than 400 doctors have been killed in the attacks. Instead, the talismans that supposedly protected against cholera were very popular.

Writer and publicist Raffi gives remarkable information about one of the cholera pandemics and methods of fighting it in his novel “Sparks”.

“Long ago, I heard a story about this people that seemed unbelievable to me. As if they once had cholera epidemic. The people appealed to the church several times and asked their Holy Cross to remove the pain (the church was built in its name). But they have seen that the Holy Cross does not pay attention at all, and the pain intensifies day by day. Then the whole mob angrily attacked the Holy Cross. The doors of the church were closed and guns were fired at it and threats were made. Fortunately, the cholera stopped and the church avoided collapse.”