During the first quarter of 2019, 33 cases of juvenile violence were registered, 10 out of which were cases of physical violence, according to the representative of the RA Police. The number of crimes against sexual freedom and sexual immunity makes 14.

The Investigative Committee summed up first quarter of 2019

The Investigative Committee of the Republic of Armenia examined more than 10 thousand cases in the first quarter of 2019. 11 cases out of 14 investigated cases of murder and attempted murder during the current year were revealed. 114 defendants were conscripted to the Armed Forces because of the evasion from mandatory military service.

The Investigative Committee also examined 720 criminal cases of corruption. 76% or 277 people out of the involved ones were officials. The appointment of 36 accused people has been temporarily suspended. 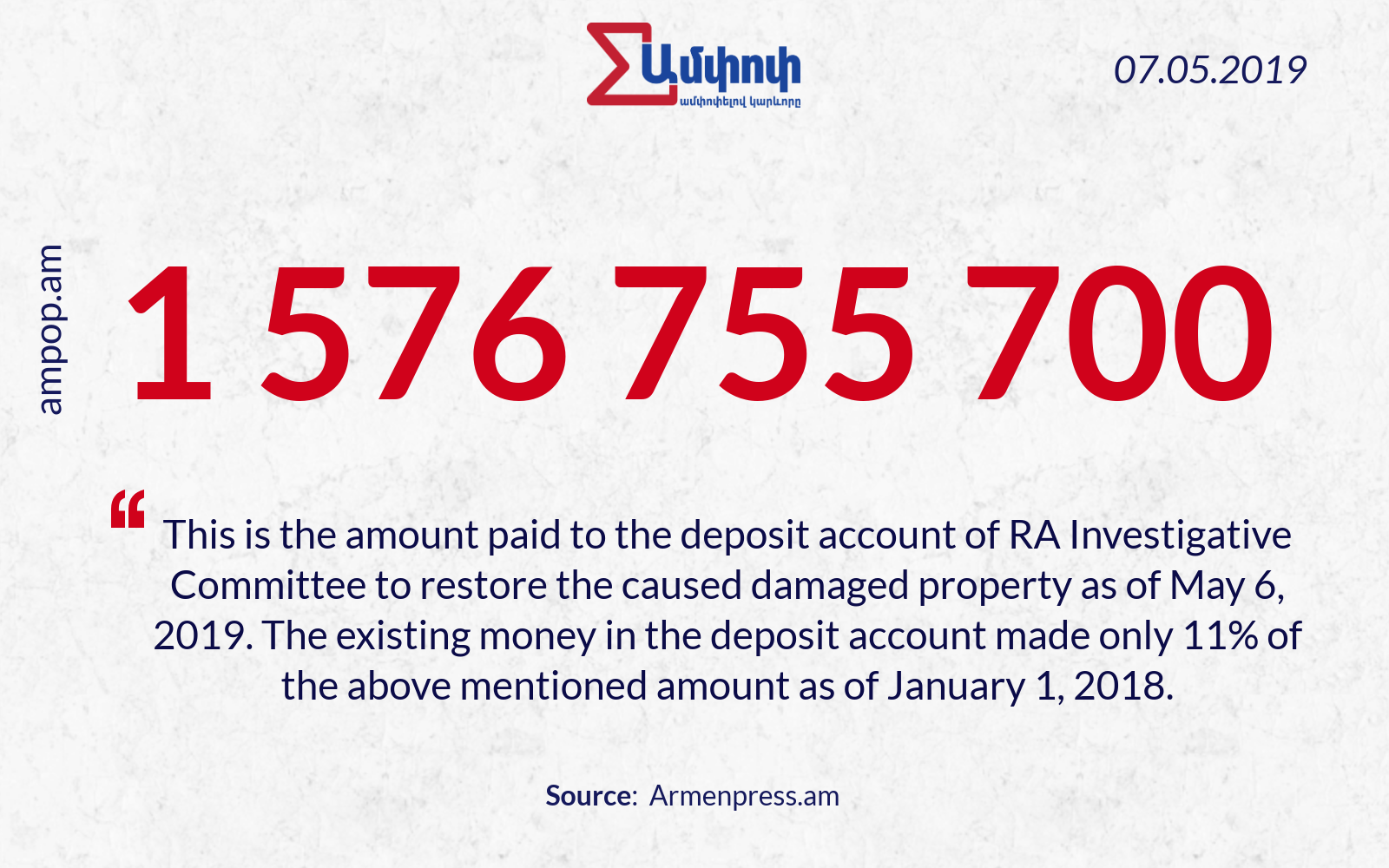 News from the National Assembly

The National Assembly adopted a law prohibiting sales promotion of essays, term papers, thesis and research works. A fine of 100,000 AMD is set for those who will break the law. Amendments were made to the law “On remuneration of officials” on the basis of the RA Government configurations.

On May 8, Nikol Pashinyan hold a press conference on his annual activity as Prime Minister (PM). Pashinyan’s introductory remarks presented 100 facts about the achievements of the RA over 1 year of his governance. PM replied to about 60 questions during the press conference lasting 5 hours and a half. He stated that 51 thousand jobs were taken out of the shadow and the state budget will have excess of 62 bln drams in 2019. He also mentioned that changes were made in diet of military units and combat positions, murder cases decreased in the country and so on.

April 27-May 3. State Bodies not Replying to Requests Properly
May 11-17. Additional 892 mln Drams to the National Assembly