The Government of the RA will allocate 892.6 mln drams to the National Assembly from its reserve fund. According to the justification of the decision, need for additional money is related to the increase of National Assembly deputies` number. 403 mln drams out of this amount are envisaged for salaries of Members of Parliament (MP), 301 mln drams are for business trips and about 95 mln drams are for bonuses. This amount is also envisaged for purchase of technical devices and other expenses. 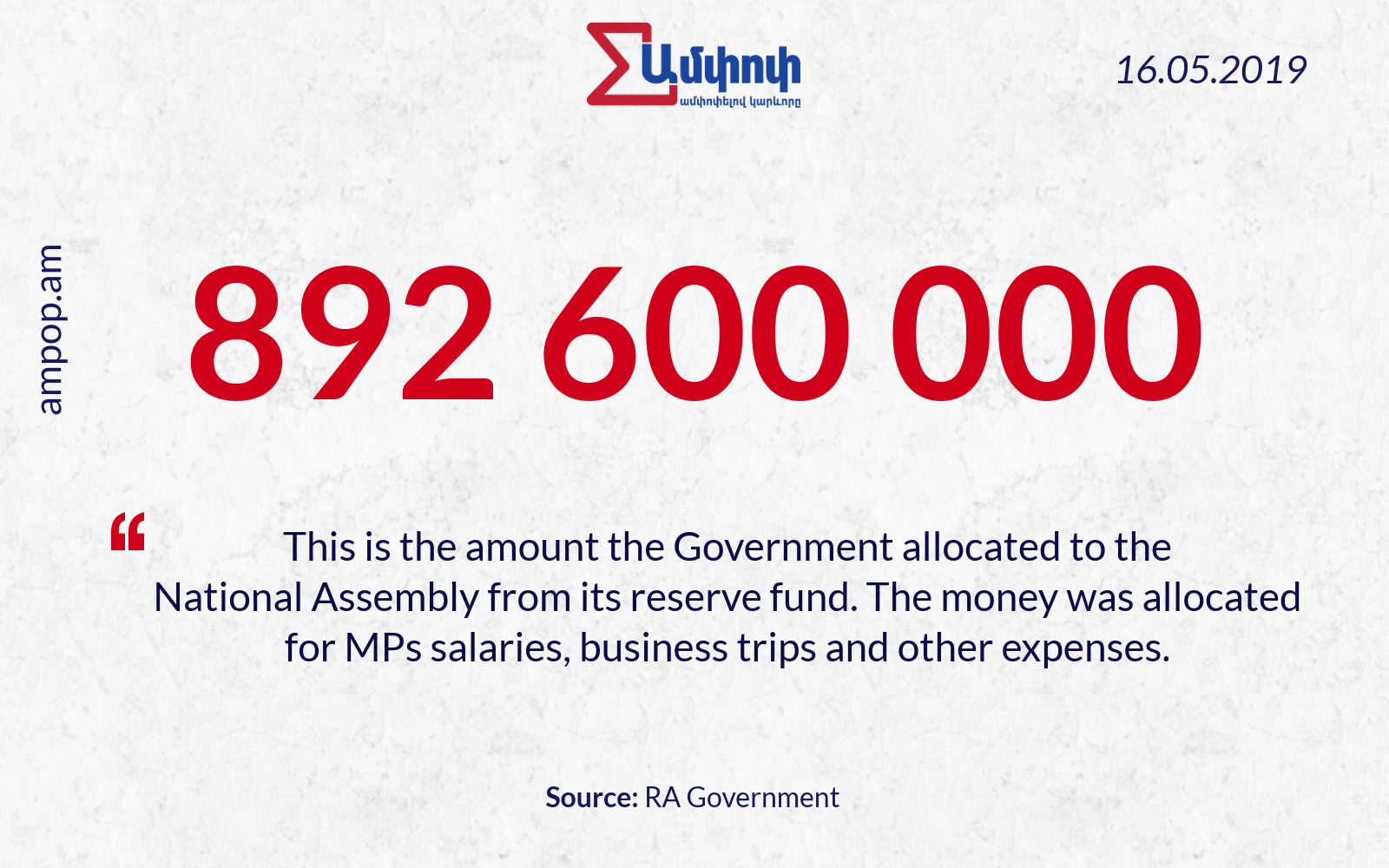 The second president of the Republic of Armenia, accused of overthrowing the constitutional order, was released from jail on May 17. The decision was made by Judge Davit Grigoryan. At the preliminary stage of trial on the case of “March 1” events, the matter of preventive measure against Kocharyan has been investigated since May 13, as the extension date of the detention expires on May 19. The President of the Artsakh Republic Bako Sahakyan and the former President Arkadi Ghukasyan presented personal guarantees and paid 1 mln drams bail to release the RA second President.

During the trial of this week, Kocharyan hold a speech for the first time stating, that the information on the usage of Nagorno Karabakh Armed Forces by the authorities of the Republic of Armenia on March 1, does not come to the truth. He also mentioned that freedom of the press and the internet were not limited.  According to Kocharyan, only 9 TV companies activity was restricted. Meanwhile, heads of mass media claim, that it does not come to the truth. The RA Special Investigation Service in its turn, made a statement saying that Kocharyan’s attorneys shared fake facts. During the trial, both supporters and opponents of Kocharyan gathered near the court building. The barricade of Police officers was standing between them. 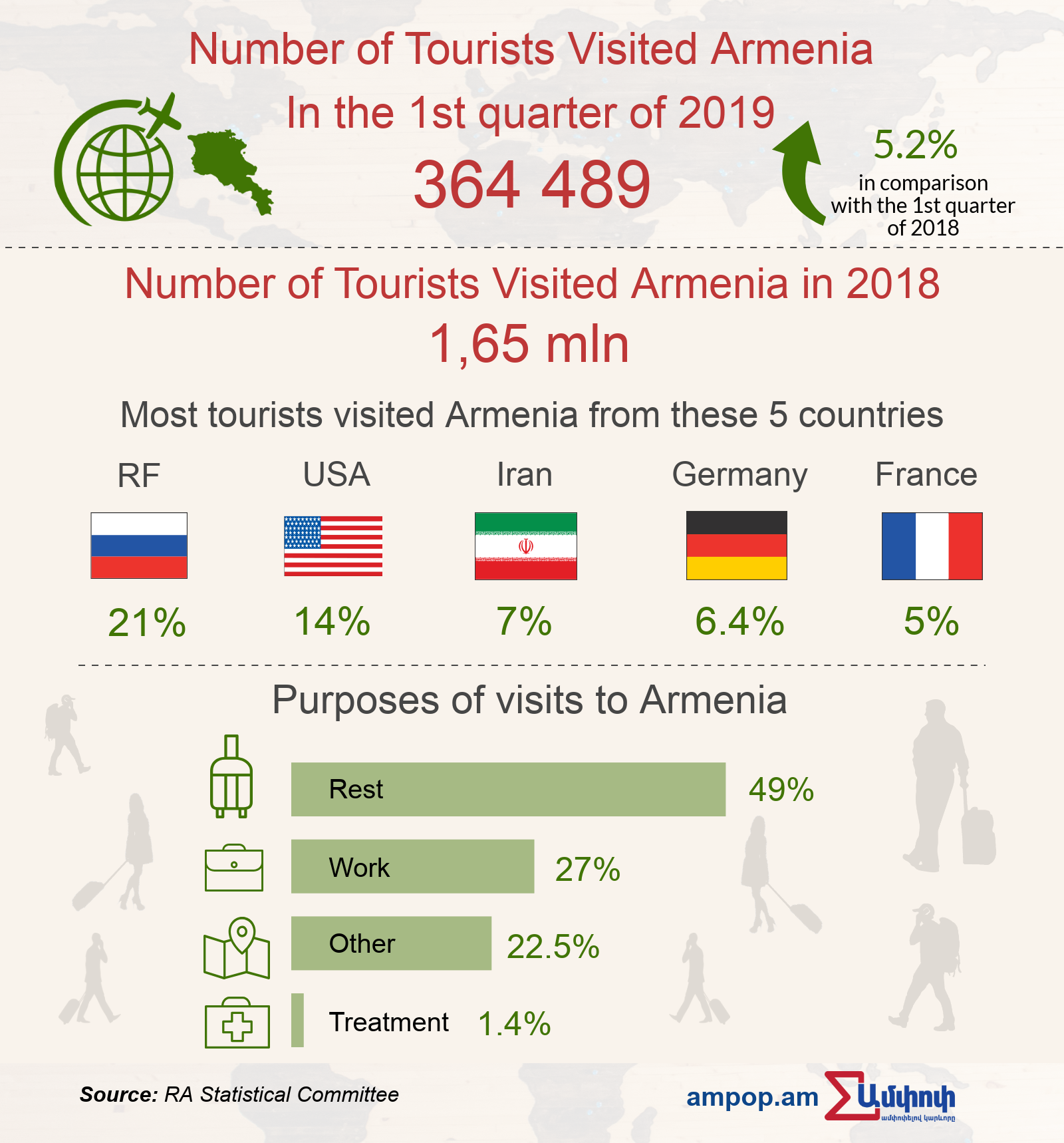 RA Prime Minister Nikol Pashinyan paid a working visit to the People’s Republic of China (PRC) on May 14-16. PM Pashinyan met with PRC President Xi Jinping and participated in the “Dialogue of Asian Civilizations” conference. Nikol Pashinyan pointed out that the Armenian side is ready to participate in joint projects in the spheres of transport, railway communications and information infrastructures. He had discussions with several Chinese companies on investment outlooks in Armenia, and some businessmen even expressed readiness to increase the commodity turnover. PRC President stated that China is ready to participate in the construction works of North-South highway. The company MZTL in its turn expressed readiness to start production of elevators in Armenia.

Fines for violations of traffic rules will be replaced by points

On May 17, the Government adopted the draft law on amending the “RA Code on Administrative Offenses”. The bill suggests reducing fines for road traffic violations. According to these amendments, fines for 26 violations out of 100 will decrease. The draft suggests to introduce penalty points. After getting driving license, each driver will be given 9 points, which decreases in case of any violation from the determined amount of units. Drivers with less scores than the mentioned limit, will be allowed to take a theoretical examination. In case of regular violations, the driver will be deprived of driving license.

The draft law of the reduction of fines was put into official circulation still in April, 2014.

May 4-10. 33 Juvenile Violence Cases in Armenia During Three Months
May 18-24. Launch of Reforms in the Judicial System of RA