About 900,000 people–nearly a third of Armenia’s population—are officially considered to be poor. This is according to 2015 data, which means that one out of every 3 citizens of the country is poor. The poverty rates for 2016 have not been published yet, but 0.2% economic growth for that year suggests that the picture will be more worrying.

According to the methodology of the National Statistical Service (NSS), poverty in Armenia is determined by consumption (expense) rather than income level. The poverty level is presented by three levels: upper, lower, and extreme poverty.

About 30% of the population falls below the “poor” designation, but even those above that level are falling short of what they need to live. In 2015 the average monthly expenditure per capita was 42,867 AMD, which is more than 11,000 AMD less than the cost of the minimum consumer basket at 54,414 AMD per month. This number is calculated as the minimum amount needed for food, non-food products and services required for human health and everyday needs. Consequently, most of the population living just above the “poor” level, though not technically poor, are unable to obtain their minimum needs.

There is more to poverty than income level. Multidimensional poverty evaluates not only the income poverty but also the level of citizens’ and families’ deprivation of services according to the following 5 deprivations: basic needs, home conditions, education, labor and healthcare.

“Comparing the data of poverty and multidimensional poverty, we come to a conclusion that 45-46% of the population has a social problem,” says Astghik Minasyan, head of Social Assistance Department of the Ministry of Labor and Social Affairs.

Multidimensional poverty among children reaches a staggering 64%. According to the “Trade in Transition” report by the World Bank (WB), poverty was estimated 23.9% in 2016 against 22.6% in 2015, according to the poverty line of $2.50 per day. The reason, according to the WB, is the reduction of incomes from wages and money transfers. Yet n spite of this data, only 15.6% of the citizens evaluated themselves as poor in 2015.

In 2009, because of the global economic crisis, the drastic decline of the economy of Armenia was followed by a sharp rise in poverty. Though the level of poverty kept decreasing after 2010 to 2015, it hasn’t yet reached the rate in 2008 – 27, 6%.

According to NSS’s (National Statistics Service) calculations, for social assistance Armenia needed 71.4 billion dollars or an amount of money totaling 1,4% of GDP (Gross Domestic Product) to overcome poverty in 2015, in addition to the already allocated funds, presuming, that social assistance would have been highly addressed to merely the poor. Under the same conditions the elimination of extreme poverty would have required 1, 8 billion dollars or 0,04% of GDP.

To overcome poverty, currently the Armenian government is guided by the “RA Strategic Perspective Development Program for 2014-2025″. According to this program, the goals for 2017 were to decrease the poverty level to 24% and the extreme poverty level to 2,4%.

The Poverty Reduction Strategy examines not only the growth of economic activity, but also the provision of family and social benefits. Still in 2014 these benefits were received by 75% of the extremely poor. According to the strategy, in 2017 it was planned to increase this to 95%. The aim of the program for poverty eradication among the working poor is to ensure that in 2017 the minimum wage must be 160% of the upper threshold of poverty (about 70 thousand drams).

According to a social worker of the Social Justice NGO, Anoush Danoyan, it is impossible to overcome poverty through benefits and material support only. It is also necessary to pay attention to the inclusion of people in the society, availability of services, job opportunities, and competitiveness of people in the labor market. Otherwise, if poverty is not overcome quickly, a culture of poverty is created, meaning that people living long-term in poverty may get detached from the social life. 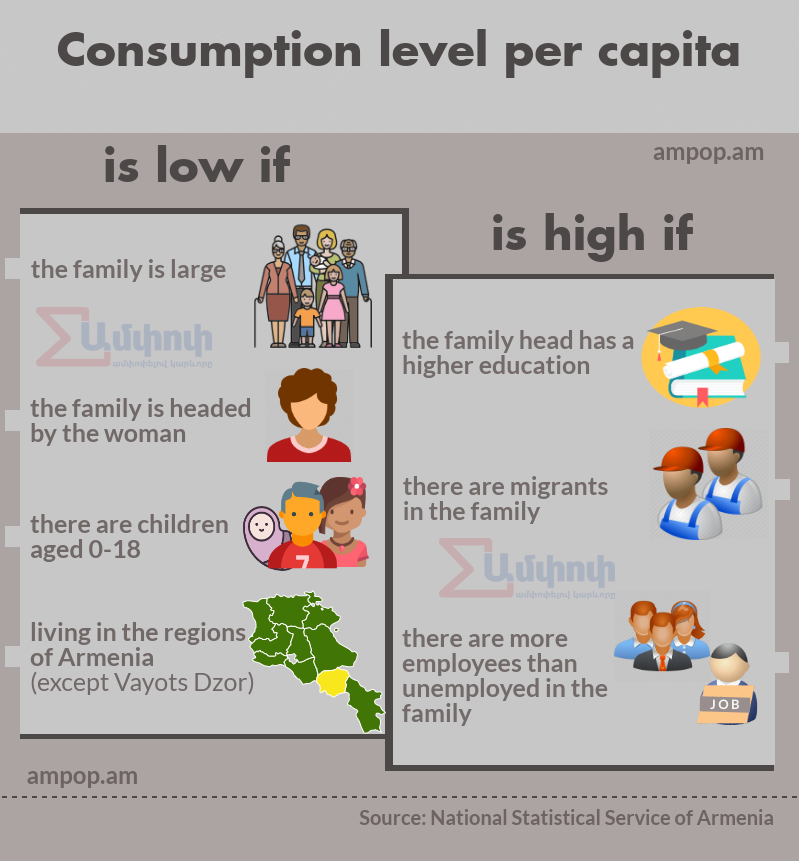 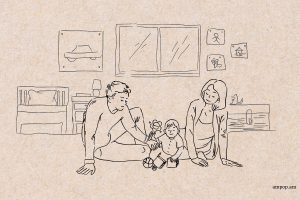 Marriage and Divorce: A Look At Love Life in Armenia