Marriage is declining in Armenia while divorce is on the rise, according to the RA Statistical Committee (formerly National Statistical Service) report issued in 2017. Those who do choose to get married are waiting longer to take the plunge.

Since 2010, marriage rates have fallen by 15% whereas divorce has increased by 31% in the same period. Divorce is particularly common for couples married more than 20 years, and many couples often fall apart in the first four years of marriage.

In 2017, the largest number of marriages in Armenia was registered in Yerevan – 6204. Divorce seems particularly common in Lori region. 517 of last year’s 3940 divorces nationwide were registered in Lori. 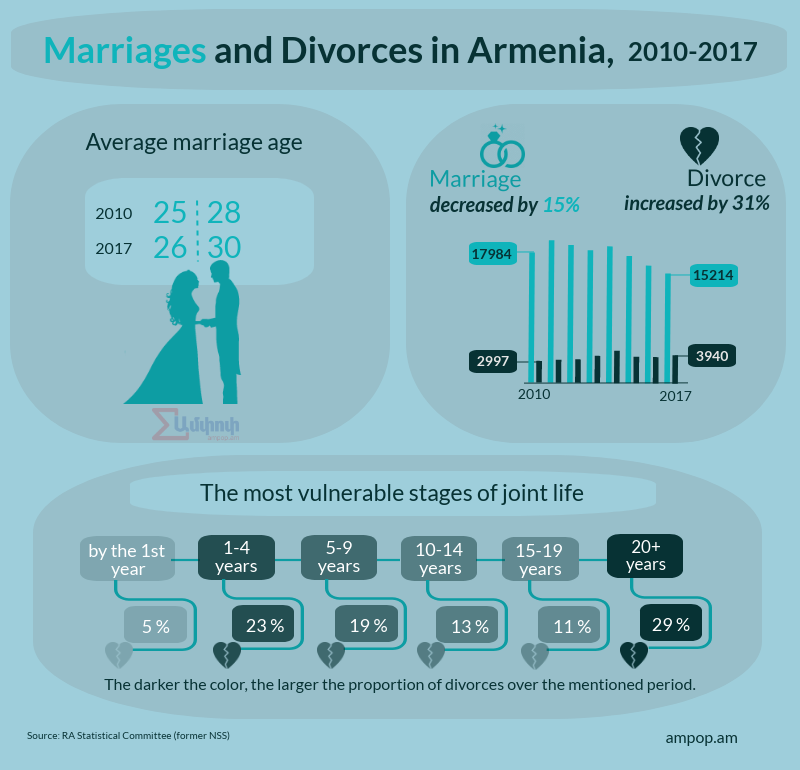 Summed up by Karine Darbinyan

This publication is part of the “Open Data Key for CSO” project, implemented by the support of the American people, through the United States Agency for International Development (USAID), under the “CSO DePo: CSO Development Program”. The project partner is the Eurasia Partnership Foundation. 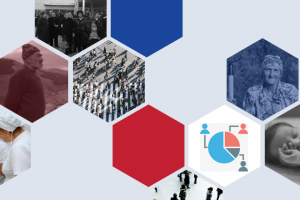 Demographic Issues in RA Provinces: 1st half of 2019

Poverty in Armenia
New Price Increases in 2018: What, why and how much?