Journalism, as well as translation, accounting and more than 30 professions found themselves in the risk zone in the digital age as they became aging professions alongside with the development of the information technology. The main reason is that the same function may be done by programs, in other words – by robots.

As cybernetic is my first profession, I completely agree with this statement. However, as journalism is my basic profession,  I may dare not to believe it trying to prove the opposite in practice putting forward some cybernetic calculations.

About 10 years ago media communities discussed the coming end of print media. Concerns were too deep – even realistic, and what’s important – grounded. In the light of internet and social network activation, e.g. Facebook, Russian Odnoklassniki, newspapers seemed to be a passed phase with few publications and unsightly look.

TV employees were not less concerned about the matter. On one hand there were traditional media with seemingly immortal position in the information field, on the other hand there was young  social network, named Facebook which became powerful during a short period of time. It had a multi-million audience for those times. Facebook was not created to compete with the media, but it provided a new opportunity for communication and culture exchange.

”In the beginning was the Word”.

And now words are flying every way.

Having a profile page in social network was tempting. People liked to create and share content. And what is more they liked to participate in the discussions in a new atmosphere, to raise issues, to unite around them and find some solutions. And for all these there was no need to move physically.

What is the reason for reminding about all this? Today maybe there is nothing special in it, especially for the young generation. But just 10 years ago in a country like Armenia, where most of TV channels were controlled or friendly with the government of the ruling elite, and only the pro-government news was being provided, and the print media continued to be highly politicized, and such an alternative way of communication became an oasis in the center of a desert. And this new media atmosphere created a new rival for the press – the passive audience became an active media consumer. Each user had the same (in some cases, even more) opportunity to share the information which any local media had. That is to say, from the point of view of journalism, people began to deal with the same functions as journalists, but with a big difference –  people did it for fun and FREE.

Robots also joined the generation of the news flows. It enabled to automate and accelerate this work, which was previously considered to be creative. E.g. Bloomberg substituted some of his employees for artificial intelligence-based software. So, in this way, financial news are written much faster and more interesting than a human-journalist does. Maybe in one or two decades an artificial intelligence can solve most of the journalist-related activities.

Then what is the need of media organizations and journalists?

Here one should obviously mention that journalism is one of the most demanded professions today than ever. And first it is required to carry out its main function – to provide the public with reliable and fact-based information.

The difference is that today there is a huge opportunity for journalists to work with open data, which need to be examined, represented, sorted, changed, combined, analyzed and re-published. Yes, artificial intelligence can also do this, but as long as it is at the stage of development, human-journalists have the opportunity to deal with it freely. Today, it is the age of data analysis, where data journalism should occupy its own place. In the age of this mega-information flows, journalists are strictly needed for the public in order to dig useful information like miners, develop and represent to the audience.

To illustrate the amount of daily data generated on the Internet, I would like to mention Google search engine which develops more data within a day than the world literature contains. The latter was created before the appearance of the Internet. It seems incredible, but it’s a fact that 90% of the world data was created only within the past two years. The data entry on the Internet does not stop at any moment. While writing these lines, 1000 more websites are being opened on the global web site. Thus, the total number of websites became 1 billion 958 thousand.

What regards the number of the users, according to the data of the last year, the number of the Internet users is more than 4 billion 200mln in the world. This is 55% of the world population. What about the example of Armenia, I should mention that  journalists fully participate in this process. So they should estimate the developments correctly and consider them new opportunities for active participation in the professional activities. Every day dozens of data, reports, statistical tables, orders, decisions and other kind of documents appear in the state and public websites which worth attention. They increase online repositories and databases.

To deal with data journalism, one should develop experiment’s skills, solve issues and represent them to the public by making continuous testing.  Today the Internet provides all the opportunities for reaching this goal. Besides the databases there are also many online tools which enable to make multimedia stories, infographics and visual content on the basis of developed data.

Data journalism requires new quality from journalists – analytical mind, math skills and good imagination to make the data figurative and easy to understand. Patient deal with data will allow to get new information, explore new issues and prevent the ineffective work of the governing bodies thus raising journalism to a new level.

The article was first published in The Analyticon Magazine. 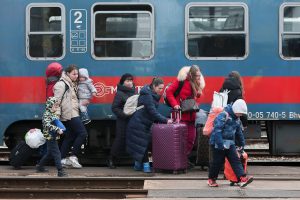 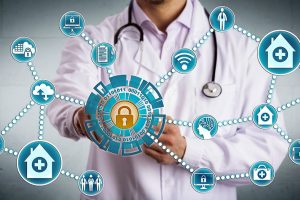 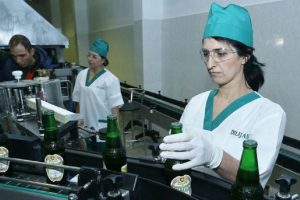 Learn and Play: 30 steps of Armenian Velvet Revolution
Why is Kocharyan being sentenced?