The escalation on the Armenian-Azerbaijani border in the afternoon of July 12, next to the villages of Chinari and Movses in the Tavush province, has been the most serious one since the April War in 2016.

The tense military operations has continued in this region for five days.

On the night of July 16, with the engagement of several dozen servicemen of the special unit of the Azerbaijani army, an attack was launched on the Armenian positions located in the direction of Tavush.

According to the RA Armed Forces, the subversive penetration attempt of the adversary was prevented, they retreated, suffering human losses. The Armenian side did not suffer any losses.

However, around dawn, the Azerbaijani Armed Forces again started shelling the villages of Aygepar and Movses, using a D-30 howitzer. The use of artillery continued actively until 7 a.m. During the day, combat drones (UAV) were used, including in the direction of settlements. As a result, a resident of Chinari village was injured. This is the first case of injuring civilians on the Armenian side.

In total, as of July 15, the Azerbaijani side reported the death of 12 servicemen of the Armed Forces. The number may change after today’s clashes.

According to the RA Armed Forces, during the last five days, starting from July 12, 4 servicemen of the Armenian Armed Forces were killed and about 20 were wounded.

Why did the Hostilities Intensify?

On the afternoon of July 12, a UAZ vehicle approached one of the Armenian positions, from which the servicemen got out and moved towards the Armenian position. According to the RA Minister of Defense Davit Tonoyan, as the movement was unexpected for the RA Armed Forces, the latter called to leave the territory, taking into account the possible misguidance of the Azerbaijani servicemen.

The incident took place in the intermediate space between the Armenian Movses and the Azerbaijani villages of Aghdam. The adversary returned to its positions, leaving the car.

Shortly after leaving, the Azerbaijani military opened artillery fire in the direction of the same position by Azerbaijan.
After some time, non-officials channels announced about capturing new, more favorable positions by the Armenian side. The RA Ministry of Defense did not officially provide details on the position changes but noted that all the bases of the RA Armed Forces are located exclusively in the territory of the Republic of Armenia.

From the very first hours of the July clashes, the adversary used weapons that had not been used on the front line since the April war in 2016. The hostilities in this part of the Armenia-Azerbaijan border clearly differed in their scope from the previous skirmishes and subversive attacks.

However, the widely use of the unmanned aerial vehicles (UAVs) by the Azerbaijani Armed Forces was new in these military operations. According to the Armenian side, during the clashes Azerbaijan lost about 13 UAVs, 3 of which were reconnaissance and 10 were combat UAVs.

The most serious loss was the Israel-produced Elbyt Hermes-900 UAV, shot down by surface-to-air “OSA-AK/AKM” missile systems.

The Elbyt Hermes-900 UAV actually had the ability to control other Azerbaijani UAVs and the artillery operations from the sky. The cost of the device, according to various professional sources, is about $ 30 million.

On July 12, the Azerbaijani armed forces fired 7 times from 82 mm mortars in the direction of the Chinar border settlement in Tavush, damaging the roof of a house. On the same day, the Azerbaijani armed forces fired three projectiles from a 120 mm caliber mortar in the direction of Chinar settlement. One of the bullets fell on a house, two -in the garden. The spokeswoman of the RA Ministry of Defense informed that there were no casualties.

On July 14, “Hetq” reported that the Azerbaijani military had shelled the village of Aygepar in Tavush Province. Seven homes were damaged in the shelling, fire broke out as a result of shelling.

According to Gazprom Armenia, on July 13, due to damage to the overhead gas pipeline networks, the gas supply to Aygepar, Nerkin Karmiraghbyur and partly to Chinari villages was halted.

On the morning of July 14, RA Ministry of Defense stated that the adversary targeted the civilian infrastructures of Berd town with a combat UAV.

Later, Mikael Yezekyan, Director of the “Tavush Textile” factory in Berd, informed “Sputnik” that around noon the adversary fired from a 120-mm grenade launcher in the direction of the factory. According to the director, some administrative workers and he were in the factory at the time of the shooting.

The factory was engaged in the production of medical masks during the new coronavirus pandemic but due to security reasons, it was decided to temporarily stop production.

Summing up these cases, during the July-14 briefing, Artsrun Hovhannisyan, a representative of the RA Ministry of Defense and coordinator of the unified infocenter opened in Ijevan these days, said that the adversary had shelled the villages of Chinari, Aygepar, Berkaber, Nerkin Karmiraghbyur in Tavush province during the day.

As of July 16, there is one wounded person from Chinari village among the civilian population.

During the evening briefing on July 15, Hovhannisyan said that during the first days of July clashes, more than 50 mortars were shot in five to six civilian settlements. During the same briefing, the Human Rights Defender of Armenia informed that they were undertaking a fact-finding mission in border villages and reported the shelling of the settlements.

During the shelling during the night of July 15 till the morning of 16, kindergarten in Aygepar, the water line to Nerkin Karmiraghbyur and residential houses were damaged.

During the July-16 briefing, Hayk Chobanyan, Regional Governor of Tavush Province, said that in general, about 30 private houses had been targeted by the adversary in the settlements of the province. Some of them are subject to restoration but there are cases when the houses will be reconstructed from scratch.

On the same day, it became known that the Azerbaijani side was deliberately obstructing the arrival of Ministry of Emergency Situations (MES) fire trucks to put out the fires in villages. Artsrun Hovhannisyan informed that the Azerbaijani armed forces deployed combat drones on the MES vehicle, there were no human losses.

These facts show that the Azerbaijani side does not shun from targeting the Armenian civilian population, the civil infrastructures. 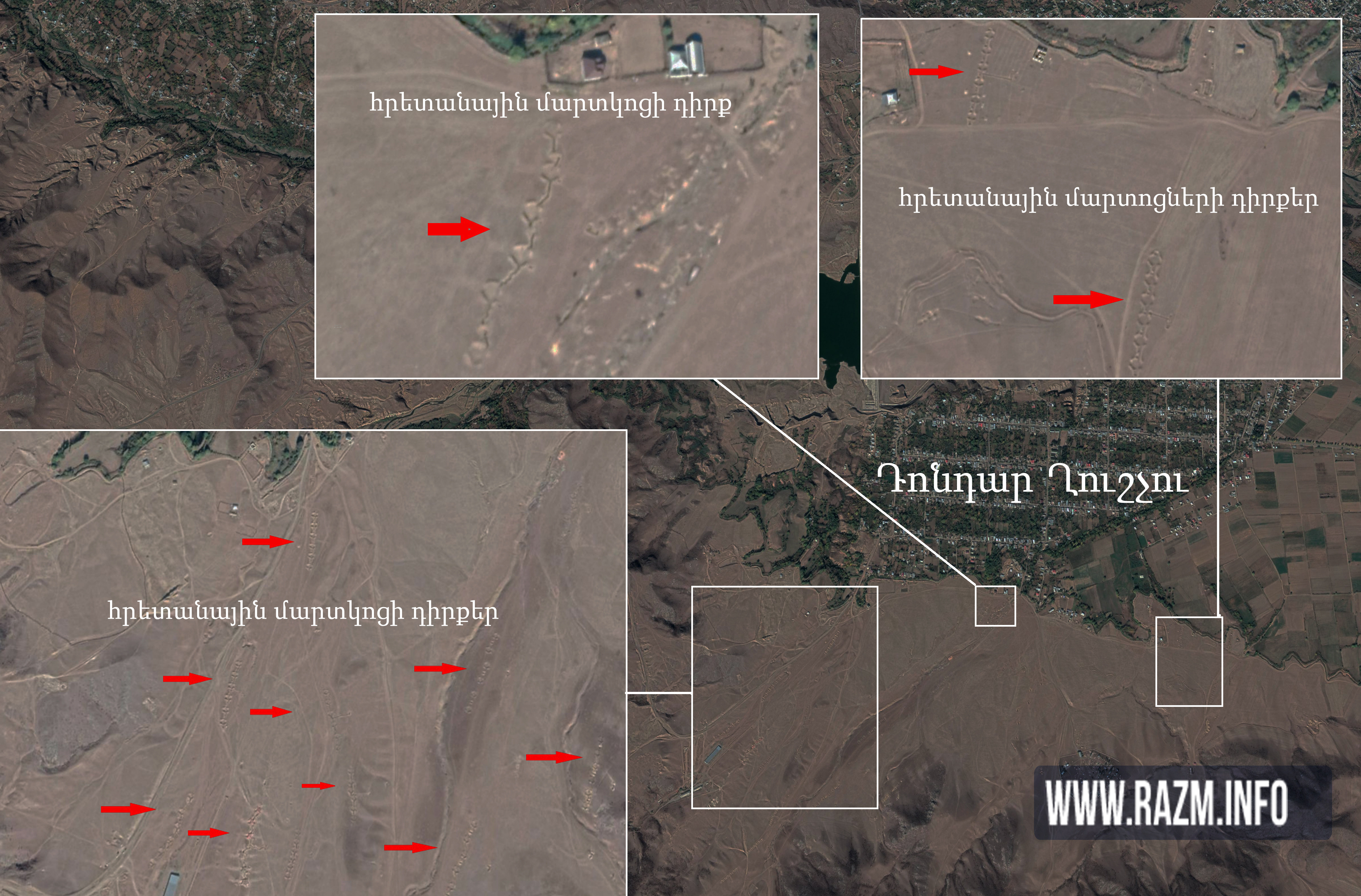 During the clashes, the Armenian side had 4 victims: two officers – Major Garush Hambardzumyan, Captain Sos Elbakyan, and two conscripts – Junior Sergeant Smbat Gabrielyan and Junior Sergeant Grisha Matevosyan. According to the Ministry of Defense, the conscripts were not on the front lines during the battles.

During the first days of the battles, the RA Armed Forces had about 20 wounded, 10 of whom are receiving treatment as of July 16, the others have returned to the positions. Only one of the wounded soldiers is in critical condition. The condition of five servicemen is considered to be moderate, and the condition of the others is light.

There was one case of injury among the civilian population on July 16, hit by the Azerbaijani UAV. No deaths were reported. No evacuation was carried out from the border areas but shelter means were replenished for civil protection.
The Azerbaijani side has officially published information about the death of 11 servicemen. Among them are also high-ranking military: Major General Polad Hashimov, Chief of Staff of the 3rd Corps of Azerbaijan, positioned in the direction of Tavush region of the Azerbaijani Army, Colonel Ilgar Mirzayev, Artillery Chief of the same corps.

It is not excluded out that the video published by the RA Ministry of Defense records the destruction of the car transporting the mentioned servicemen.

Demonstrations in Baku and Sumgait

Cases of deaths received a serious resonance in Azerbaijan. The body of the Azeri Major General was greeted with applause in Baku, and on the same night marches by thousands of people launched, demanding a war with Armenia.
Prior to this, the demonstrations in Azerbaijan were immediately suppressed due to the COVID-19. However, the authorities did not take any measures against this demonstration at first.

The demonstrations, however, went out of the predictable course when the demonstrators, after reaching the “Alley of Martyrs”, broke into the parliament building of the country. They demanded a general mobilization.

A group entered the Milli Majlis after which the police used force. Police stormed the rally by using batons, water cannons, and tear gas. Dozens of people were arrested.

In the morning, the authorities announced that they are not against honoring the memory of the dead but the protesters must “observe the anti-epidemic rules.”

The international response is mainly directed at both sides, calling for an end to the armed confrontation and for showing restraint.

Nevertheless, this time Turkey decided to differ from other countries, expressing its unconditional support to Azerbaijan. Mevlut Çavushoglu, Turkish Foreign Minister, wrote on his Twitter page that they were ready to give their lives for Azerbaijan.

The Armenian Foreign Ministry responded not only to his statements but also to the statements of the Turkish President and Minister of Defense, made these days.

“Turkey’s provocative and biased stance seriously undermines the peaceful settlement of the Nagorno-Karabakh conflict and proves that Turkey cannot be involved in any international processes related to the conflict and first and foremost within the OSCE framework.

With its approaches, Turkey is a security threat for Armenia and the region, and broad regional and international cooperation is needed to counter it,” RA MFA statement says.

As the clashes occurred on the internationally recognized border between Armenia and Azerbaijan, the Collective Security Treaty Organization (CSTO), of which Armenia is a founding member, had to respond. Azerbaijan is not a member of the CSTO.

The first response of the organization seemed to happen quickly. A day after the escalation, on July 13, it was announced that the CSTO Permanent Council was convening a sitting due to the aggravation of the situation on the Armenian-Azerbaijani border but a short time later the announcement was removed from the website. The spokesperson of the organization announced that the sitting was postponed for an unknown period.

Later on July 14, the Collective Security Treaty Organization (CSTO) Secretariat issued a statement regarding the situation on the Armenian-Azerbaijani border:

CSTO Secretariat emphasized the need for an immediate restoration of the ceasefire regime in the CSTO responsibility zone.

However, this was a statement addressed to both parties, without taking into account that Armenia is the state which the organization should support if necessary.

Two days have passed since the statements of international organizations but the artillery fire resumes from time to time along the Armenian-Azerbaijani border with the same intensity. 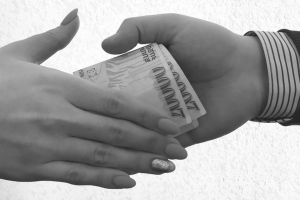 The Commission on Prevention of Corruption Needs More Transparency